Chemelot is developing rapidly. The complete 'chain' is located here at one location: Research & Development centers, test and demonstration factories and large-scale (chemical) manufacturing industry. Ranging from innovative start-ups and small and medium-sized companies to strategically important locations of global players such as SABIC, OCI Nitrogen, Arlanxeo, Fibrant, AnQore, DSM, but also Sekisui, for example. Until fifteen years ago, all factories and research facilities were part of one company (DSM). At the moment there are more than one hundred and fifty companies and institutions on the site (an area of eight hundred hectares).

For the Netherlands - the number four chemical producer in Europe - the presence of a chemical cluster in South Limburg is of great economic value. With a turnover of more than € 10 billion per year, Chemelot is responsible for 20% of the chemical industry. Together with Rotterdam/Moerdijk, Terneuzen/Bergen op Zoom, the Eemsdelta and Emmen, it is the top five chemical clusters in the Netherlands. The economic importance also depends on the employment that all companies and institutions offer and create. At the moment about eight thousand people work at the various companies. And we are not yet talking about the large number of suppliers that are connected to Chemelot through some form of service such as maintenance or logistics, but also catering and security. If the plans for Vision Chemelot 2025 are realized, direct employment will increase to more than 10,000 people by 2025. At the moment, more than 6000 people are working on the Industrial Park and another 1700 on campus. Chemelot also houses 600 students.

In particular, Chemelot wants to further expand its unique quality - the combination of research and development on campus with production at the industrial park. On the site there is still enough space for new chemical companies. The campus is now growing faster than expected and will continue to grow in such a way that in 2023 there is no more space on the current Chemelot site.

Chemelot, for example, is a very attractive business park for newcomers, thanks to the umbrella license. It is important that the growth will be done socially responsible. The sustainability transition of Chemelot is essential if the complex is to be able to measure itself with its competitors in the world in ten years' time. Chemistry means connecting and that is precisely what Chemelot strives for; a further embedding and connection with its immediate environment, with South Limburg and with the rest of the Netherlands and Europe.

The Vision Chemelot 2025 also emphasizes the importance of an improved infrastructure around Chemelot. The site is located directly on the European A2/E35 road network (Amsterdam-Rome) and has its own port and rail terminal. In addition, Chemelot is connected to pipelines to the ports of Antwerp, Rotterdam and the Rhine-Ruhr area. To make growth possible, the accessibility of the site is of great importance. Among other things by a southern rail connection and better access from Chemelot to the A2. A further separation of goods and passenger transport makes the site not only safer but also more accessible.

Want to know more about the opportunities Chemelot can offer? 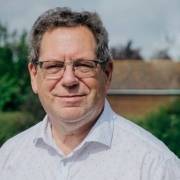 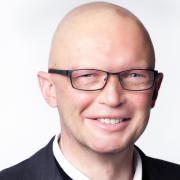 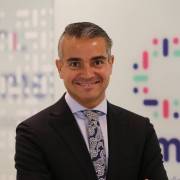 Read more about the Vision Chemelot 2025

The inhabitants of Chemelot